The contents of the proposal were determined through input from the Contract Surveys you filled out last year, from the Local Bargaining Committee (consisting of each shop steward in DC), and through comparing notes with NYC’s Schedule A. A general meeting was held on March 11th at Lamond-Riggs Library to begin discussion of the proposal. The subjects of bargaining that appear in the proposal were announced in the Monthly Bulletins and on Facebook. Besides Schedule A, they include Policy Infractions, Winter Weather, Employee Parking and Bereavement Leave.

It is important to remember that this document is ONLY OUR FIRST PROPOSAL and is entirely subject to collective bargaining, as equal parties, with the employer. The Local Bargaining Committee does not know how the Company is going to react to anything contained in the proposal, but we are doing our best to prepare for several different scenarios. It is not likely the meeting on June 11th will be the only one, but we should have a much better idea of how this is going to go afterwards. 100% member engagement in collective bargaining has always been our goal, and we will continue to work toward that end as local negotiations unfold. 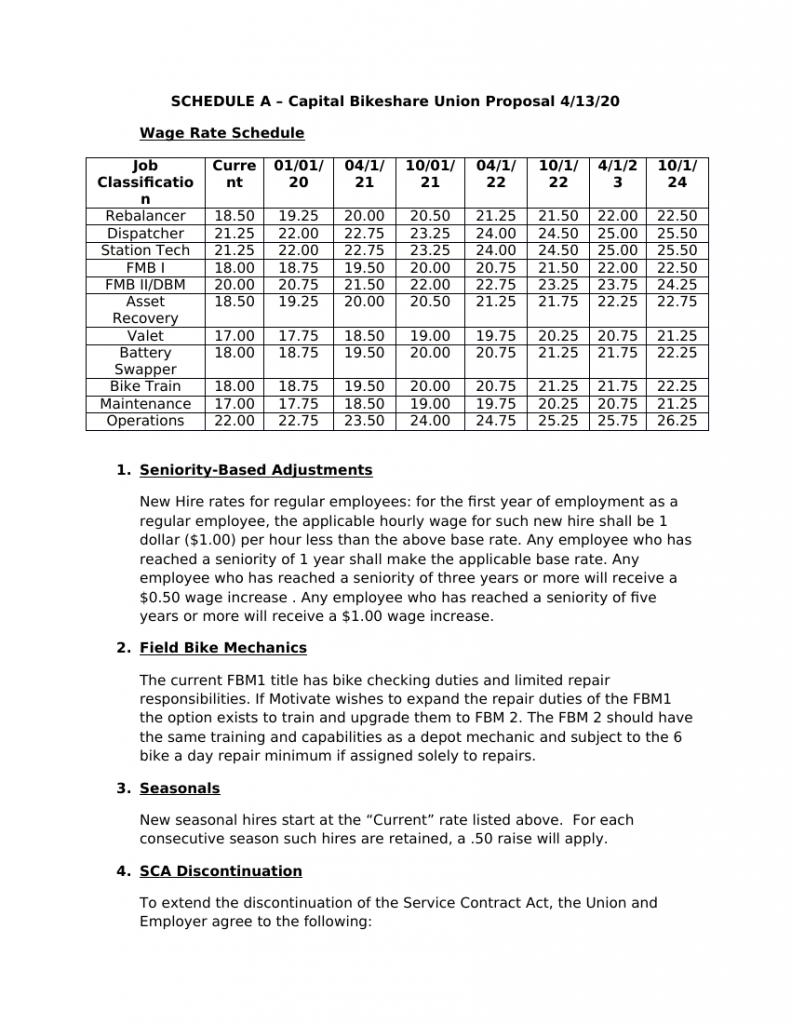 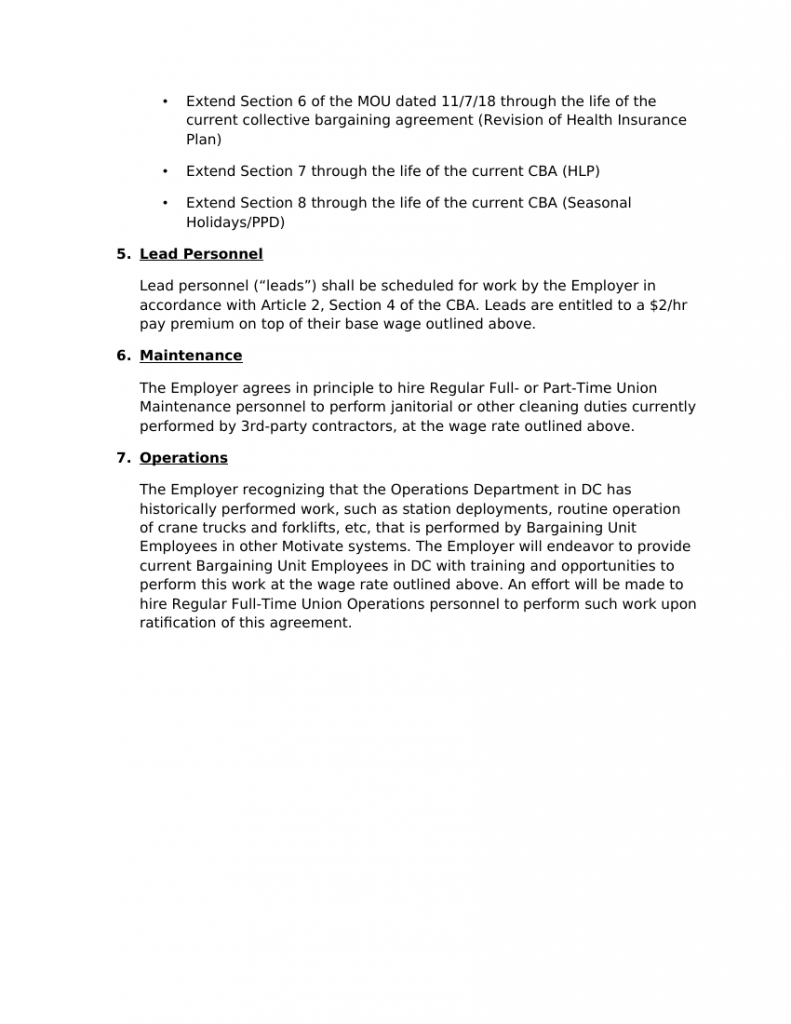 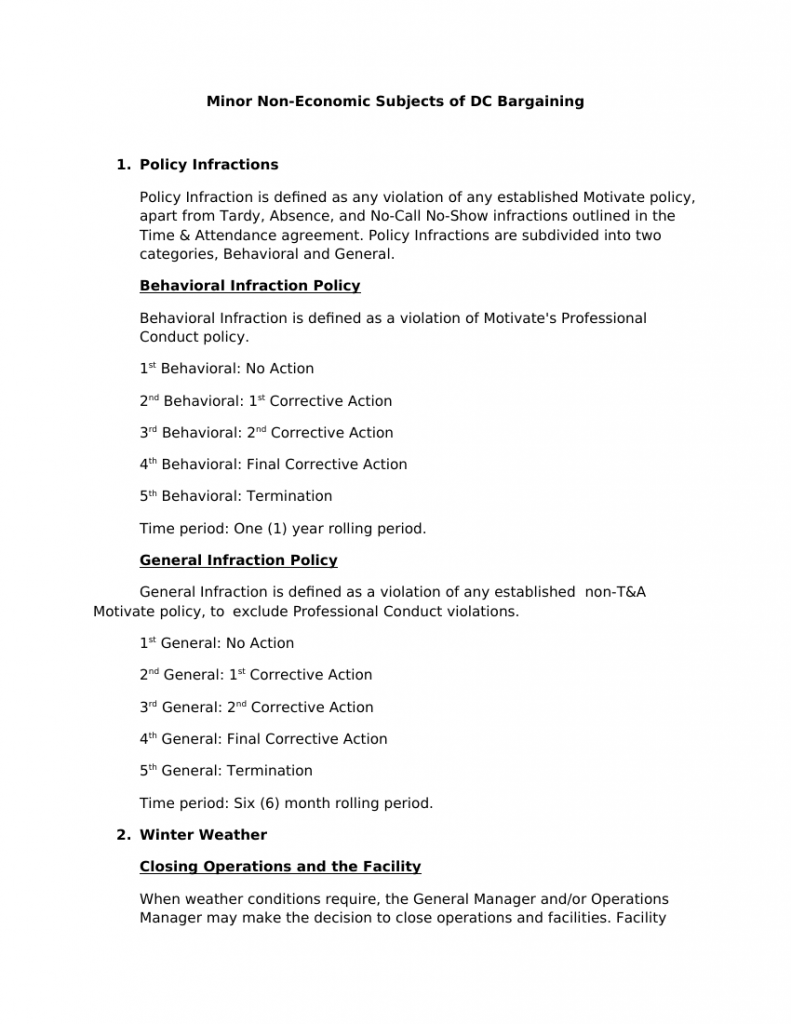 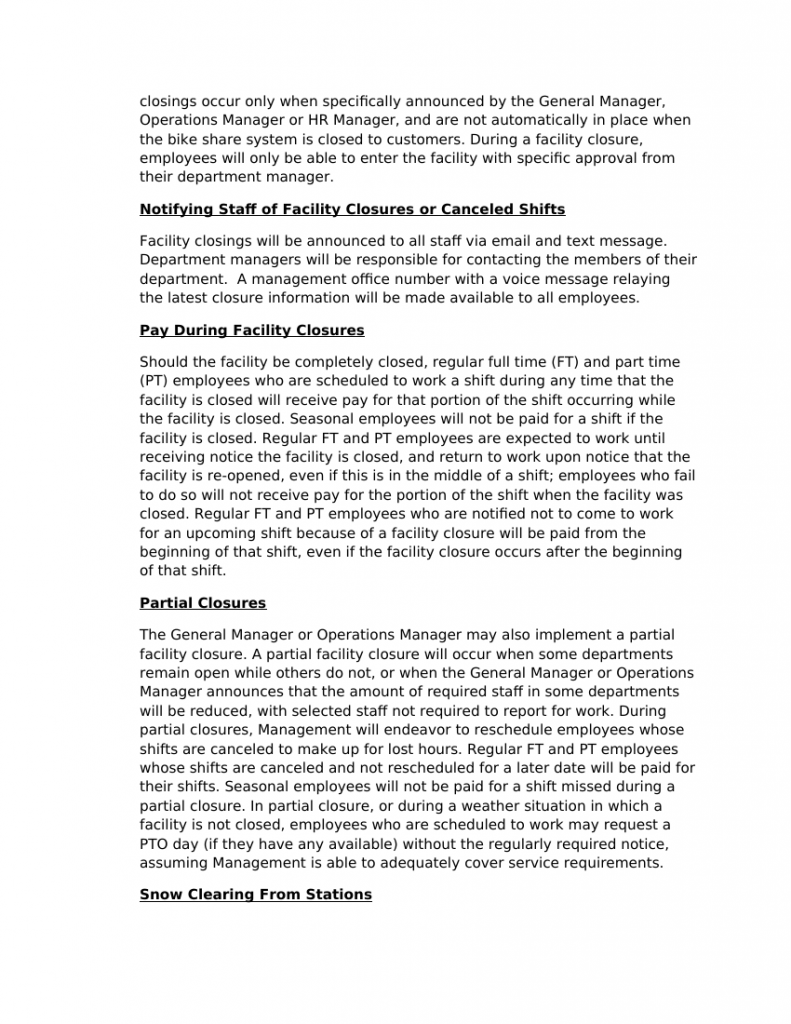 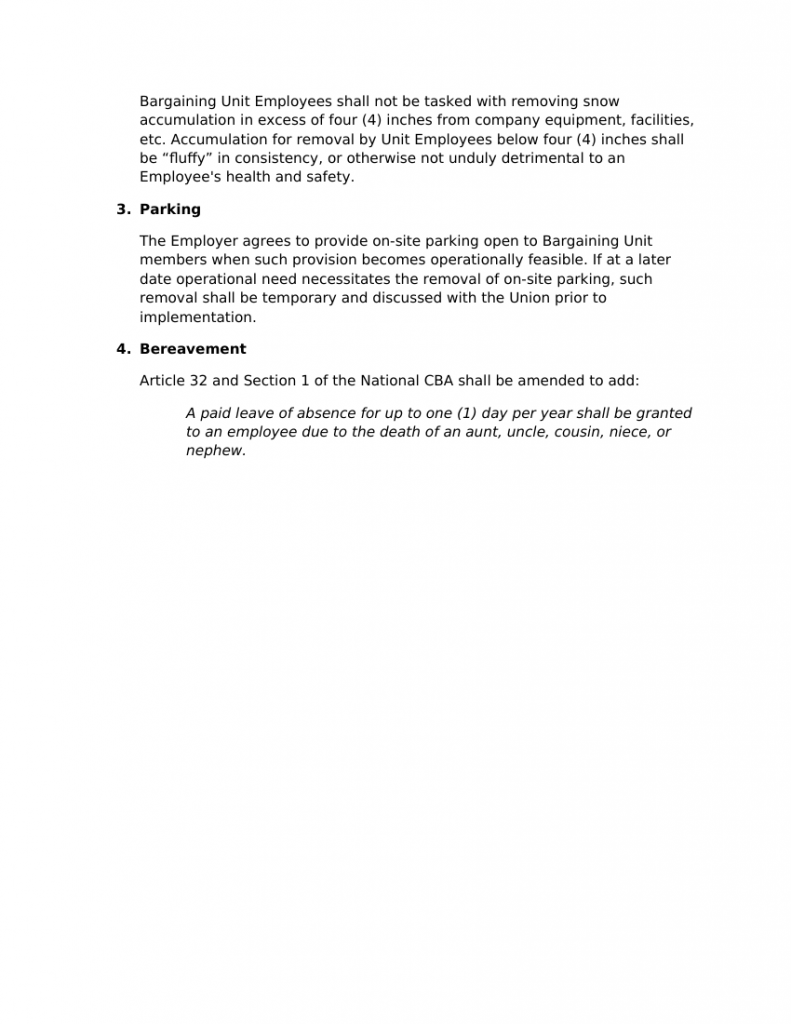